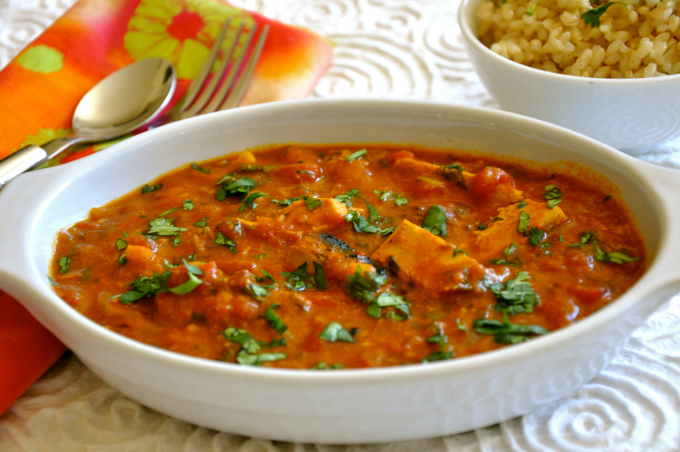 This vegan chicken masala was a first for me. I was inspired to create this recipe because my friend and part-time assistant told me it was her favorite Indian dish. Tika Masala is traditionally chunks of chicken marinated in spices and yogurt and served in a masala spice sauce of tomatoes and coriander. Today I used vegan chicken strips from Beyond Meat.

As far as the spices go, they may seem exotic, but I often use them in many of my vegan recipes.  Spices are your best friend friend when you're vegan.  The Beyond Meat vegan chicken worked really well especially when you consider it withstood the broiling and boiling. As a matter of fact, I don't think anyone would be able to distinguish between the vegan chicken and the animal based one.

Hope you enjoy this vegan chicken tikka masala recipe as much as I did. Wishing you a peaceful and compassionate week. Don't miss any of Ordinary Vegan's free recipes by signing up here.