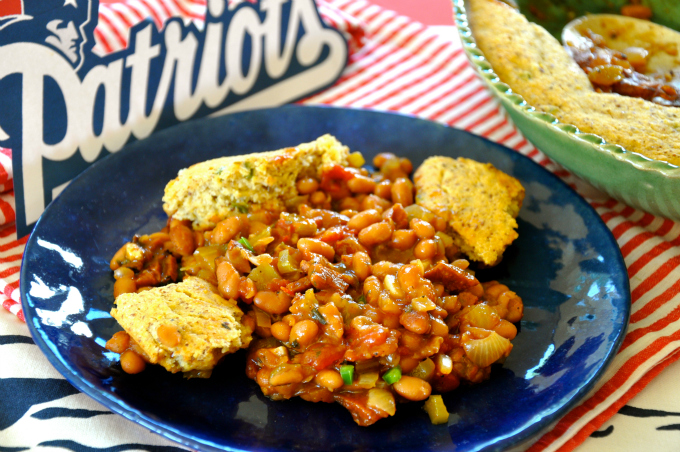 It's that time of year again.

Super Bowl 2015 has arrived. This year I wanted to show my support to both teams by creating a lucky plant-based Super Bowl signature dish that highlights the most iconic foods of both regions.

Today I started with New England. What could be more New England than a Boston baked beans casserole with jalapeño cornbread?

If you have never been to New England, it is one of the most beautiful and charming states in the country. I know I may be a little prejudice since I am a Boston girl, but even after all these years, its beauty still takes my breath away. Hope you enjoy this delicious, plant-based recipe as much as I did.

Seattle fans, I promise to have a plant-based regional dish for you this week too. By the way, this was so yummy, I just couldn't stop eating it. Hope you have a safe and compassionate Super Bowl Sunday.