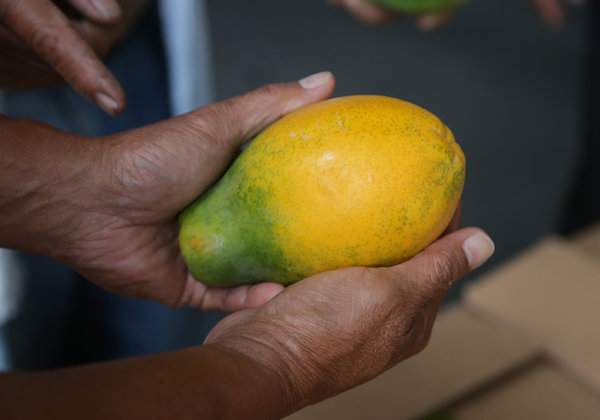 List of Common USA Food Additives Banned in Other Countries

In the United States, he FDA and USDA regulate the food you eat and the medicines you take. They are also responsible for the 1992 food pyramid that guided the American public on what to eat for over 15 years.

Unfortunately, the 1992 USDA food pyramid served the interests of its #1 money making client, the U.S. agriculture industry. That outdated pyramid put too much emphasis on red meat and too little emphasis on nuts, beans, grains, and healthy fats which has been proven to have positive health effects.

Even when Americans became startlingly overweight and unhealthy, the USDA put their head in the sand and never addressed the contributing factors. Some of the USDA highlights in the last 20 years has been supporting genetically engineered crops (GMOs), putting more meat into school lunches and not protecting consumers from 9 millions pounds of bad meat.

In June 2011, the USDA rolled out its new MyPlate program. My Plate is divided into four different sized quadrants, with fruits and vegetables taking up half the space, and grains and protein making up the other half. Unfortunately, too little, too late.

American citizens deserve so much better. We have to take our health into our own hands. We can no longer trust the food supply and the gatekeepers.

Food additives have been used for centuries to enhance the flavor of food and prolong shelf life. There has been an explosion of new food additives and an easing of oversight requirements. This has allowed manufacturers to add untested, dangerous ingredients to your food.

Read labels carefully and if you don't know what the food additive is, don't eat it. Here is a list of food additives that our government agencies have deemed healthy but are banned in other countries.

It is used as an emulsifier in citrus-flavored sodas and sugary drinks.

Oletra, aka Olean, created by Procter & Gamble, is a fat free substitute used in snacks like chips and french fries.

Approximately 25% of all milk and dairy products produced in the US contain bovine growth hormone. Organic milk is supposed to be FDA-regulated and hormone free. The safest milks are non-dairy like Almond milk.

Found in rolls, breads, flours and pizza dough. Only use flours that are potassium bromate free.

Found in many breads, dough and rolls and used as a preservative. Read your bread labels carefully. Choose non-GMO verified labels.

Almost all Hawaiian papaya is now genetically engineered to be resistant to  ringspot virus. Sadly, the use of these GMOs created a widespread GMO contamination of all papayas in Hawaii and made it next to impossible for farmers to grow organic papaya.  In December 2013 the Mayor of Hawaii signed bill 113 into law which bans farmers from growing any new GMO crops.

Unfortunately papaya from Hawaii isn't the only problem. More than 85 percent of soybeans grown in the United States are transgenic (GMO).

Over 60 countries around the world, including Australia, Japan and the European Union, have significant restrictions and outright bans on the production and sale of GMOs because of safety issues.

Here are just a few of the reasons not to eat or support GMO crops.

1. Studies have show a rise in childhood allergies due to genetically modified food.
2. GMO corn fed to rats caused tumors.
3. GMOs can destroy the bee and butterfly populations which are needed for pollination.
4. Genetically modifying foods present a diversity risk. Your crops become identical. A single disease could destroy everything.
5. There is also evidence that has shown GMOs contribute to out of control super weeds necessitating more dangerous herbicides.

Choose foods that are non-GMO certified and/or organic. For more information about GMOs go to the The Non-GMO project.

Thanks for taking the time to read this important information.  Wishing you a plant-strong peaceful and compassionate week.