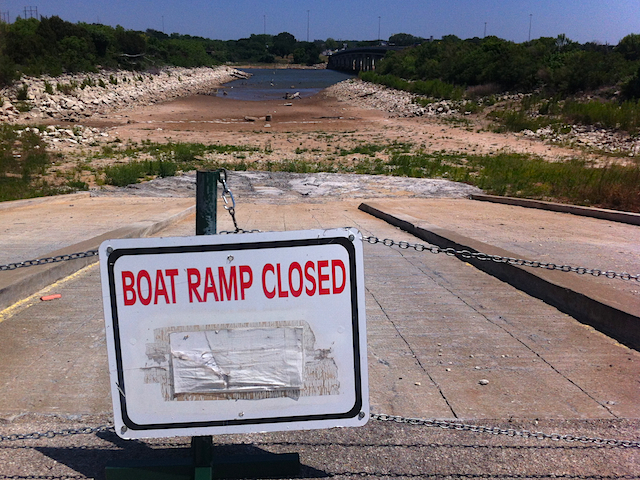 California's Drought – Who Are The Real Culprits?

Today I felt a drop of water on my face. Eagerly I looked up to the sky. Could it possibly be rain? Earlier, the cheerful smiling weathergirl said there was a 20% chance, but I knew there was “no chance in hell.” Haunted by the sound of rain, I begin fantasizing about a downpour. I can smell the damp grass, see the glistening trees and feel the puddles under my feet. That might sound funny to most of you, but not if you live in sunny Southern California.

California's drought is reaching epic proportions. With rainfall at historically low levels and reservoirs drying up, we are in a crisis. On July 15, 2014, California officials approved the most drastic measures yet to reduce water consumption. Fines of up to $500.00 a day were aimed towards California residents for watering their garden, washing a car or hosing down a sidewalk, and a special hotline to report offenders. They even created a team of water police to patrol the mean watering streets of the city.

Do you remember when you were a child in a classroom and one kid started trouble but the whole class had to stay after school? Well, that is what is happening right here, right now in California. As Governor Brown urges frugality and California officials create new mandatory water laws for struggling families, the rule culprit, the tsunami footprint, the swimming rat on the drowning ship continues to use 80-85% of California’s water. That culprit is agriculture. Did you know every pound of California beef requires approximately 2,400 gallons of water to produce? That’s quite a price to pay for a piece of meat. A California resident drinks less than one gallon of water a day, but a cow drinks over 10 gallons of fresh water a day. Now that is just a trickle down the drain, the real flowing river is the millions of additional gallons of fresh water used to water the crops that farmed animals eat and to hose down the blood and grease from the butchering process.

Unfortunately, California’s water problems could get worse. American agriculture companies are clamoring to satisfy China’s growing hunger for meat relegating us to be one big factory farm for China.

So how much water regulation is going on in these thirsty agricultural farmlands during this crisis? Unfortunately none. In 2009, a law was designed to push the State’s biggest water users to conserve by closely monitoring their use. Each agricultural district was required to turn in a water management plan. According to the California Department of Water Resources, only 20% of California’s agricultural districts have filed these required reports even though they were due 12 months ago. So California legislators have no idea how many agricultural districts are meeting water requirements and how much water is being used or wasted. Not only that, there have been ­no fines levied to inspire the agriculture community to follow the 2009 conservation law.

Instead, legislators impose fines on the hard working citizens of California. Encouraging them to turn on their neighbors or friends and report someone who is washing their car. You can certainly do your part by limiting the amount of water you use to brush your teeth or water your garden, but at the end of the day isn’t it time to address the real issues of water scarcity in California, and not pretend that a few conservation efforts directed to struggling taxpayers will fix this problem. Today I ask the lawmakers of California to stop punishing the wrong people. The division of water is lopsided, and no matter how much we pull our weight during this crisis, we are not the culprits.

3 thoughts on “California’s Drought – Who Are The Real Culprits?”