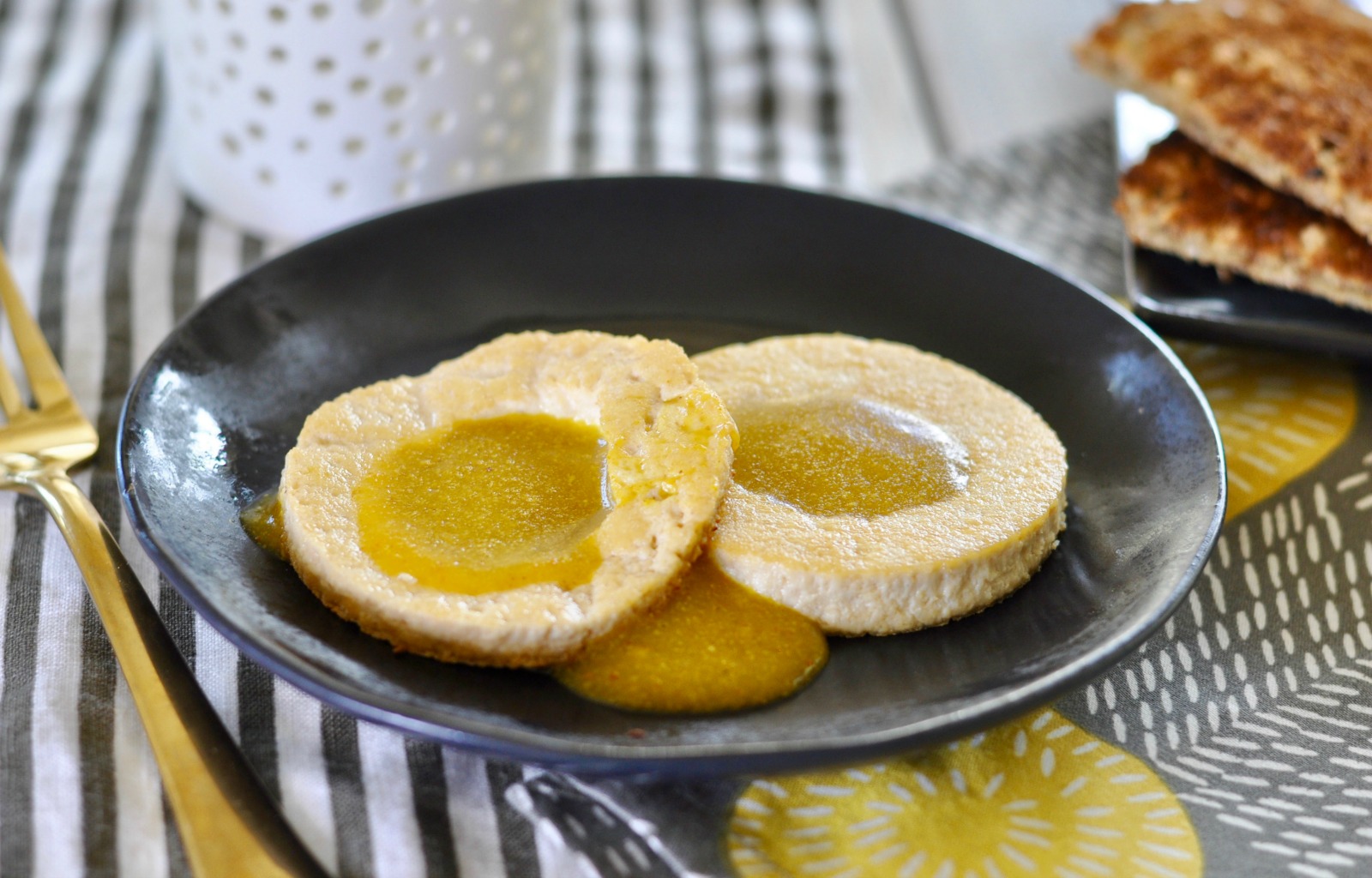 Do you miss fried eggs with runny yolks?  Now you can eat your heart out without the cholesterol or the animal cruelty with this Vegan Fried Egg with a Runny Vegan Egg Yolk.

A common question I often hear is “what's wrong with eggs?”

Did you know that one jumbo egg yolk contains around 240 milligrams of cholesterol and 6 grams of fat? Dietary cholesterol contributes to fatty buildups in the arteries. Fatty buildup raises the risk of heart attacks, strokes, low back pain, brain disease,  and even erectile dysfunction.

In 2008, the Harvard Physician's Health Study, which followed about 20,000 physicians for 20 years, found that those eating just a single egg a day or more had significantly higher total mortality risk. Meaning consuming only one egg a day was associated with living a shorter life.

How about egg whites?  Egg whites are a low-calorie, fat-free food, and they contain the bulk of the egg's protein. The problem with egg whites is the same problem with eggs. The production of eggs is inhumane. Chickens are bred to lay lots of eggs at an abnormal rate and spend most of their short lives in total confinement. This includes eggs whose labels say “free-range,” “organic” and “cage-free” eggs. To be honest, there is no such thing as an ethical egg unless you raise your own chickens.

Another concern is that because eggshells are fragile and porous, and conditions on egg farms are crowded and unhealthy, eggs are the perfect host for salmonella – the leading cause of food poisoning in the United States.

So, with all this said, you don't have to miss eggs because there so many vegan options like this vegan egg yolk plopped inside of pan-seared delicate slices of tofu that mimic egg whites.

I experimented with many versions of this vegan egg yolk, but when it finally came together, I was hooked. This recipe was created at the end of February, and I have made it four times since then. Lets just say it is becoming an addiction.

If you really want to be fancy, sprinkle it with some Kala Namak which is a Himalayan black salt that has a sulphuric egg flavor.

If you enjoy vegan egg alternative recipes like this, I highly recommend my Pasta Frittata with Corn and Mushrooms and my Tofu Scramble with Poblano Home Fries and Spicy Bloody Mary Sauce.

You can find my new favorite egg replacer here.

Thanks for joining me today and I hope you enjoy today's vegan fried egg with a runny vegan egg yolk.

If you try this recipe, please let me know!  Leave a comment, rate it, and don’t forget to tag a photo #ordinaryvegan on Instagram.

Don’t miss any of Ordinary Vegan’s FREE recipes by signing up here.

If you want to learn more about plant-based nutrition and how to get started on a vegan diet, Ordinary Vegan has a podcast. You can listen here on this website or in iTunes.

Join our health and wellness community on Facebook. There are over 316,000 strong, vibrant community members waiting to embrace you.

This recipe was inspired by recipes by Doug McNish & It Doesn't Taste Like Chicken. 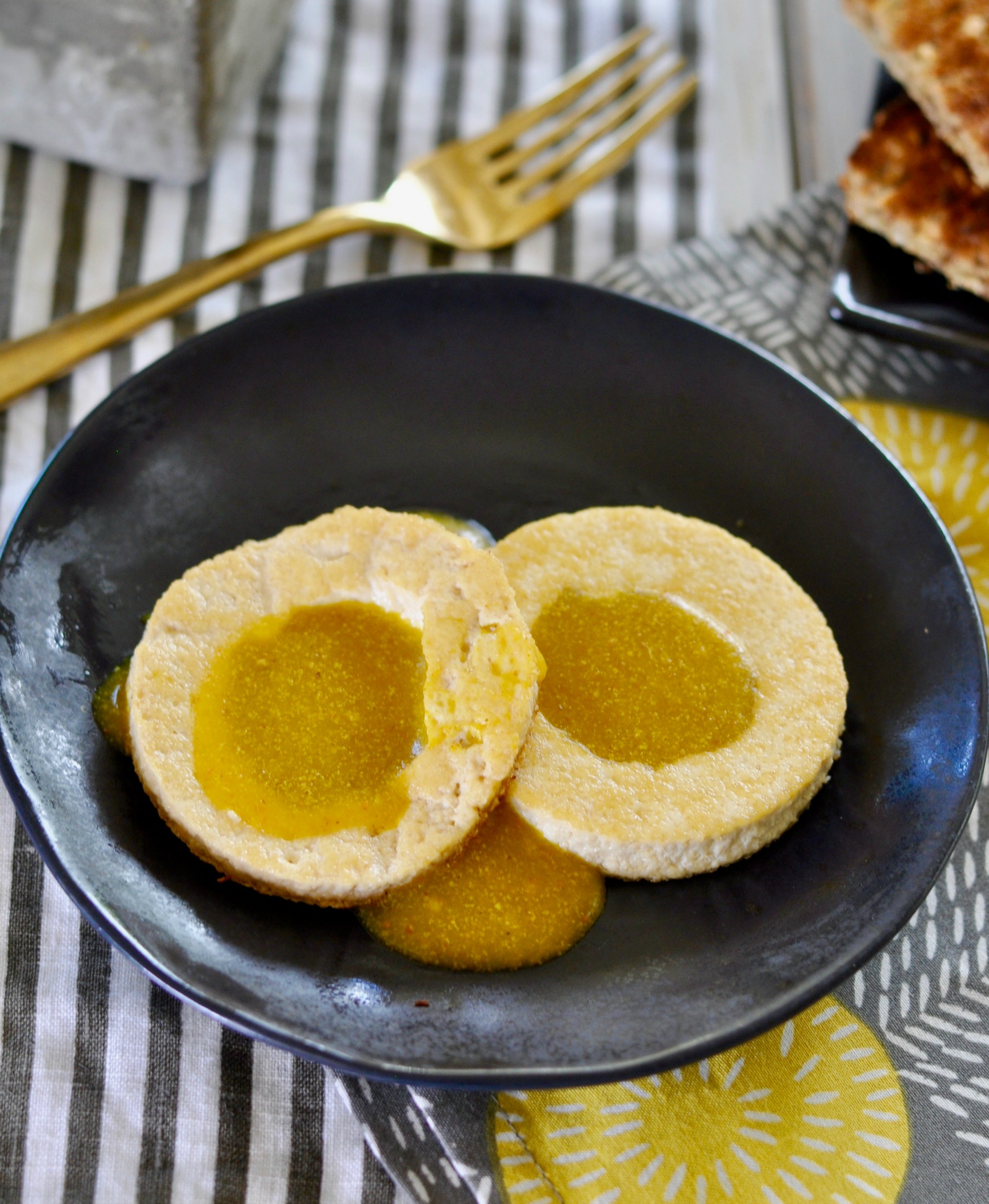 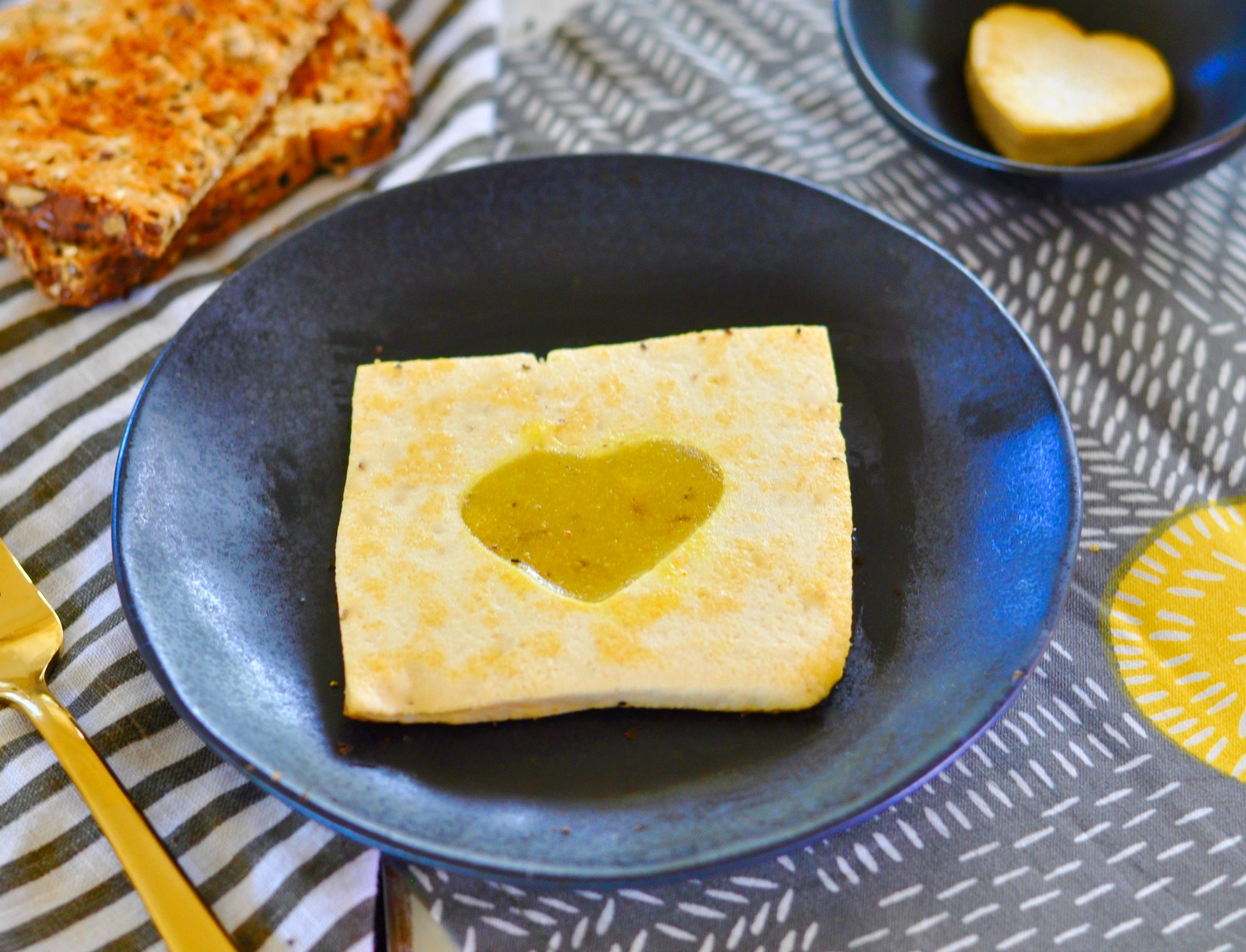