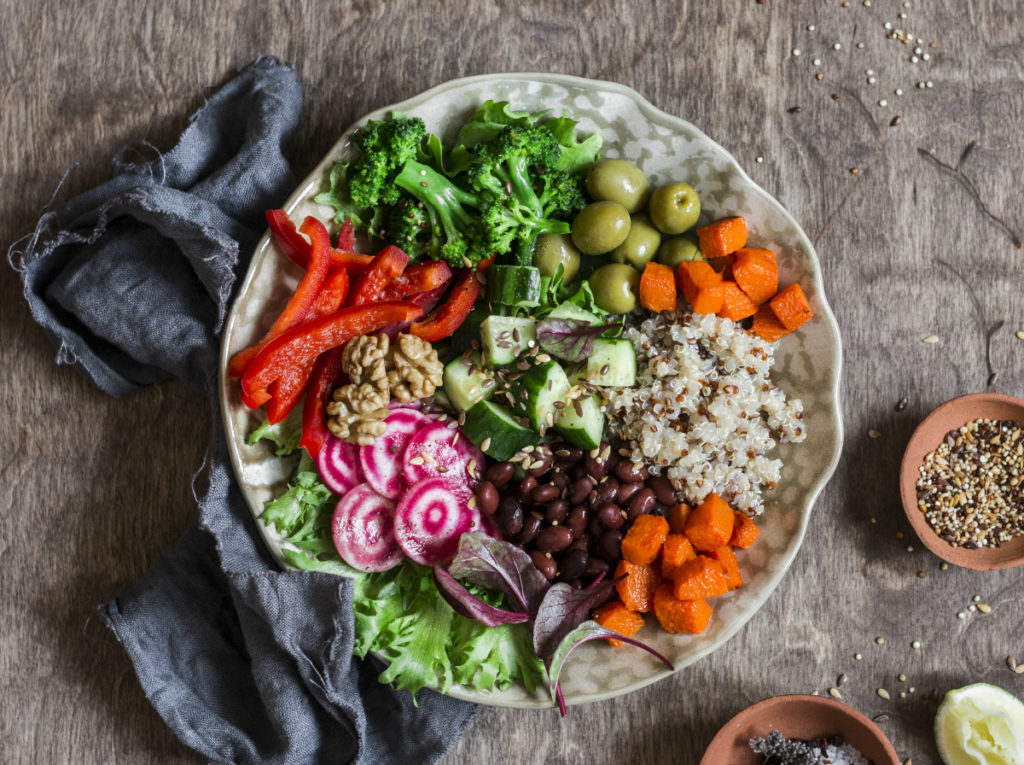 What do vegans eat is a common question that I get asked a lot.

I always say a healthy vegan diet is made up of five groups. Grains like quinoa or brown rice, legumes like lentils and beans, vegetables, fruits, and healthy fats like nuts, seeds, and avocado.

Vegans do not eat meat, dairy, eggs or any animal by-products like honey.

Not long ago, a vegan diet was a rarity, and it was impossible to find vegan processed foods. That has all changed now because eating a plant-based diet is going mainstream.

So why are more people choosing a plant-based diet?

It could have something to do with the findings published by the World Health Organization in 2015, which linked processed meats such as bacon, sausage and ham to disease.

Its report said that 50 grams of processed meat a day which is less than two slices of bacon increased the chance of developing chronic disease by 18%.

In May 2017, another study made headline news.  BMJ released a startling observational report which concluded that red meat increases the risk of dying from 8 diseases.

Another reason could be the environmental consequences of eating red meat. Raising animals for food requires massive amounts of land, food, energy, and water and 50% or more of global greenhouse-gas emission are caused by animal agriculture.

Last but not least, younger generations are causing a major shift in the food business because they care where their ingredients come from and how they are produced.  They are demanding more humane treatment of animals, accountability and transparency from companies.

What ever the reason, it is good news that people are becoming more aware and taking back their health.

But getting back to what do vegans eat for a healthy diet is very important because you can be vegan and consume an unhealthy vegan diet.

A vast number of companies are jumping on the plant-based band wagon, and it is the fastest growing food movement in the world. But we always have to remember, just because it's vegan doesn’t mean it's healthy.

Processed vegan foods can contain significant amounts of oil. Many vegan cheeses contain palm oil. Palm oil has become one of the world's leading causes of rainforest destruction by palm oil companies. Not to mention that most of the leading plant-based doctors recommend no oil. 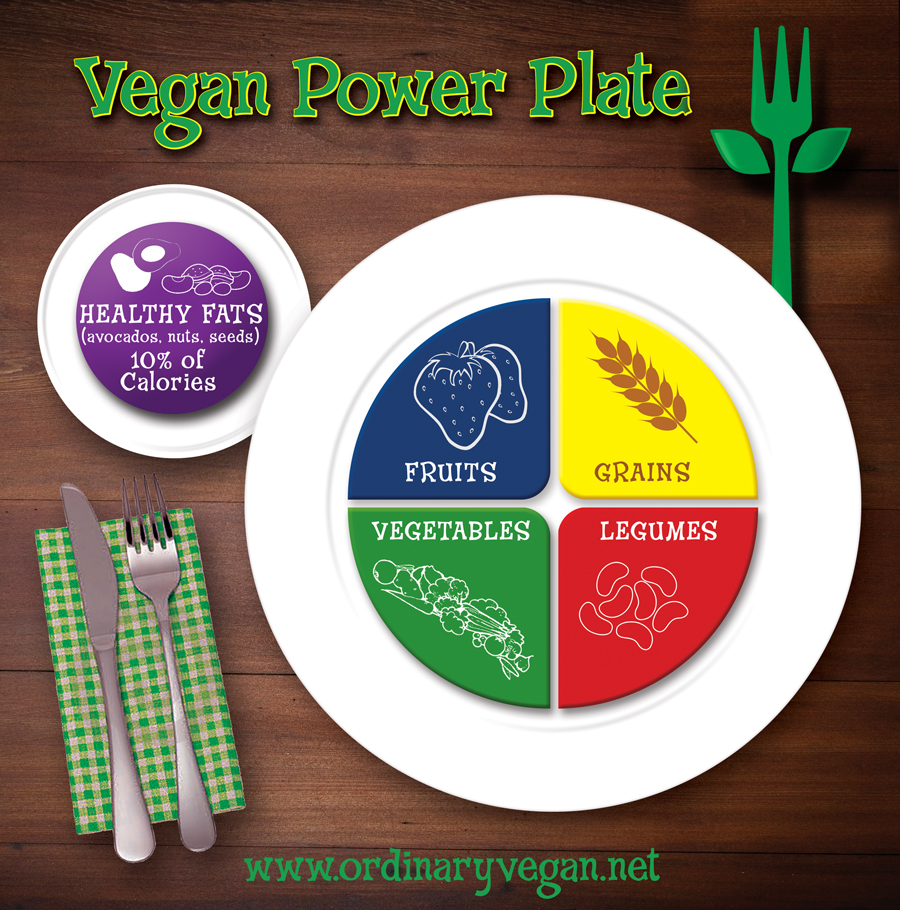 What Do Vegans Eat On A Healthy Plant-Based Diet

Keep it clean and simple and always use the power plate as a reference. Eat grains, legumes, vegetables, fruits and healthy fats like nuts, seeds, and avocado. You can include these ingredients in a soup, or a stir-fry or a simple, beautiful plate of food like the one on top.

For more help getting started on a vegan diet, visit my vegan food pyramid.

Sign up here to receive all of Ordinary Vegan’s free recipes.

Listen to Ordinary Vegan’s radio show on iTunes or right here on this website .

I hope this information helps you live a long and healthy life. A free downloadable vegan protein list is available here.